Based around the original 1890's Loves Creek Homestead, our unique outback facility offers you a variety of accommodation options essential to providing you with your very own Outback Experience!

History of the Ross River Homestead

Ross River Homestead is situated 83 km by sealed road, East North East of Alice Springs and offers a taste of the Australian outback's pioneering history.  It is a tourist resort formed around the original Loves Creek Homestead built in the 1890's, and was first established as an outstation of Undoolya Station. It is thought that Alfred Tabe, the foreman at the nearby Arltunga Gold town built the homestead in 1898.  With close proximity to the Arltunga Goldfields, in 1901 Albert Wallis the new owner established gardens and supplied fresh vegetables to the miners at Arltunga.  In 1908 the leasehold was sold to Lewis Bloomfield, a name synonymous with Ross River and the reputation of producing great horses.  Lewis was a expert horseman as were his sons, and in addition to running cattle, they breed horses for the Indian Remount trade (Army) during the time of the British Empire.  The Mac Donnell Ranges were recognised as premium horse-breeding country as the stony and sandy terrain helped to develop well formed feet in horses.  The breed often referred to as "Walers" were breed here and were renouned for their endurance .After Lewis Bloomfield died in 1944 and his son Harry and wife Mary continued to run the station, moving to outstations of Atnarpa and Limbla during their lifetime.  At 1980, Loves Creek Station encompassed the old gold mining town within the Arltunga Historical Reserve and N'Dhala Gorge National Park, both tourist attractions in their own right. Two brothers Doug and Gil Green from Adelaide were working in Central Australia as timber cutters and 1957 negotiated with Harry Bloomfield to take on what is current day Ross River and developed it as a tourist destination.  The homestead was badly deteriorated and it took the Green brothers seven years to rebuild the old homestead and construct the rustic ensuite accommodation cabins.  For 25 years they ran and operated the property, developing alot of what you see today.  They sold the business in 1982 to Gary Glazbrook from Alice Springs who owned it for three years.  In 1986 a UK travel company called Travelbag P/L purchased the resort.  In 1997 the resort was purchased by an Alice Springs consortium of business owners who then on-sold to the Fort brothers two years later, Kym and Brett of Birdsville and Innaminka hotel fame.  The Forts promoted the three properties as part of their "Outback Loop" which included travel on the Birdsville and Strzelecki  Tracks.  In 2001 the current owners a Victorian company Groset P/L, Rino Grollo and Dinah Ruzzene Grollo took over from the receivers and operated it for 12 months until they leased it out to Troy Dann for two years as a location for a major Australian movie.  The film never evenuated and in 2005 the Grollo Group regained control.

2016 saw  Lee Donald and Graeme Adlam, long time seasonal workers on the property, take over as the new onsite managers. Following in Jodie's footsteps, they will continue the tradition of out back hospitality and are always available to provide local knowledge for the wonderful East Mac's.

For a more comprehensive history on this region, its settlement, the geology, Indigenous relationship with the area, the history of the occupation of the area and the flora and fauna, a must have read is   GIDGEE and GRIT by Lorraine Day. Copies of the book are available at reception or online through Freestyle Publications. Click here to purchase online. 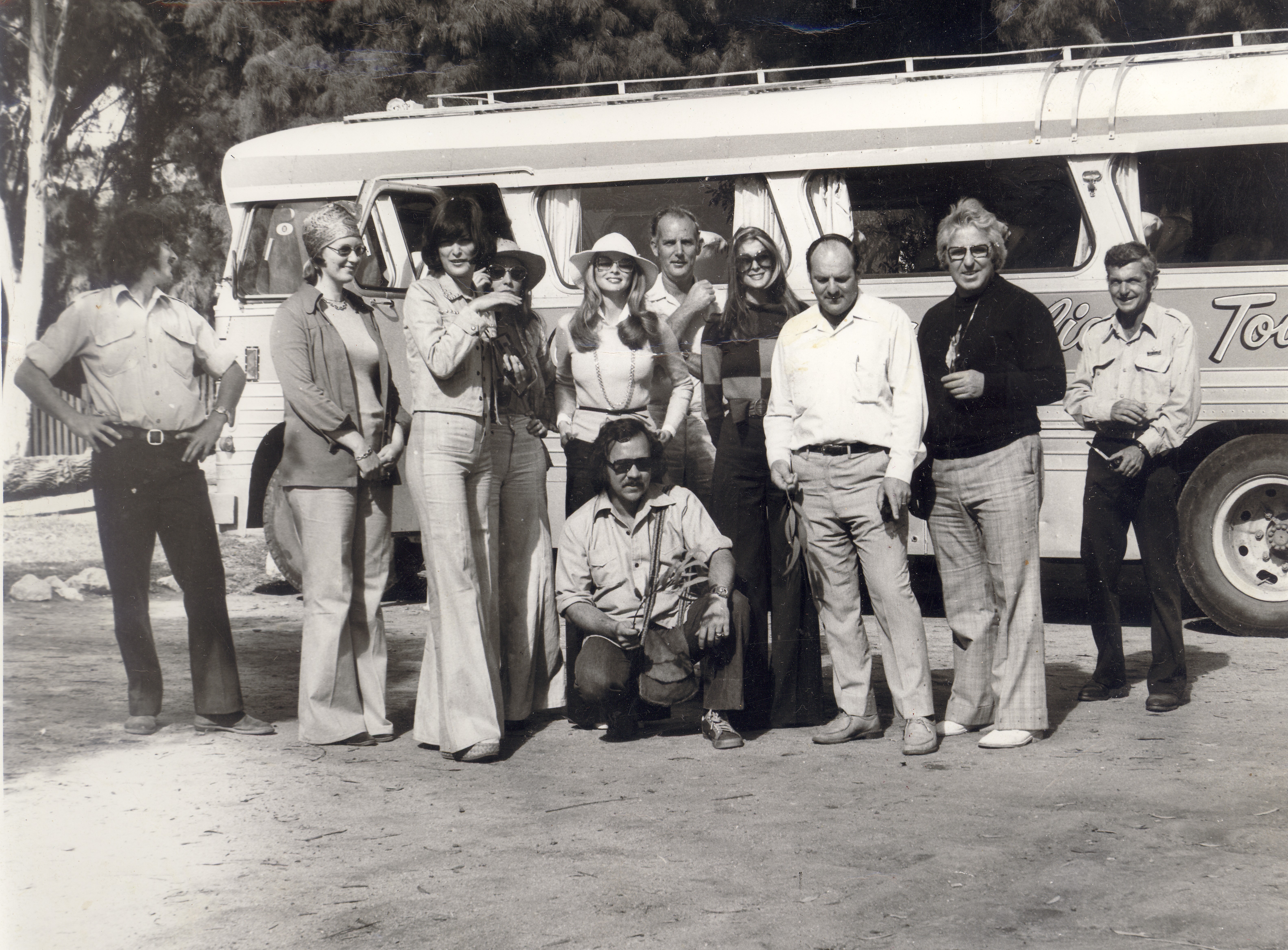 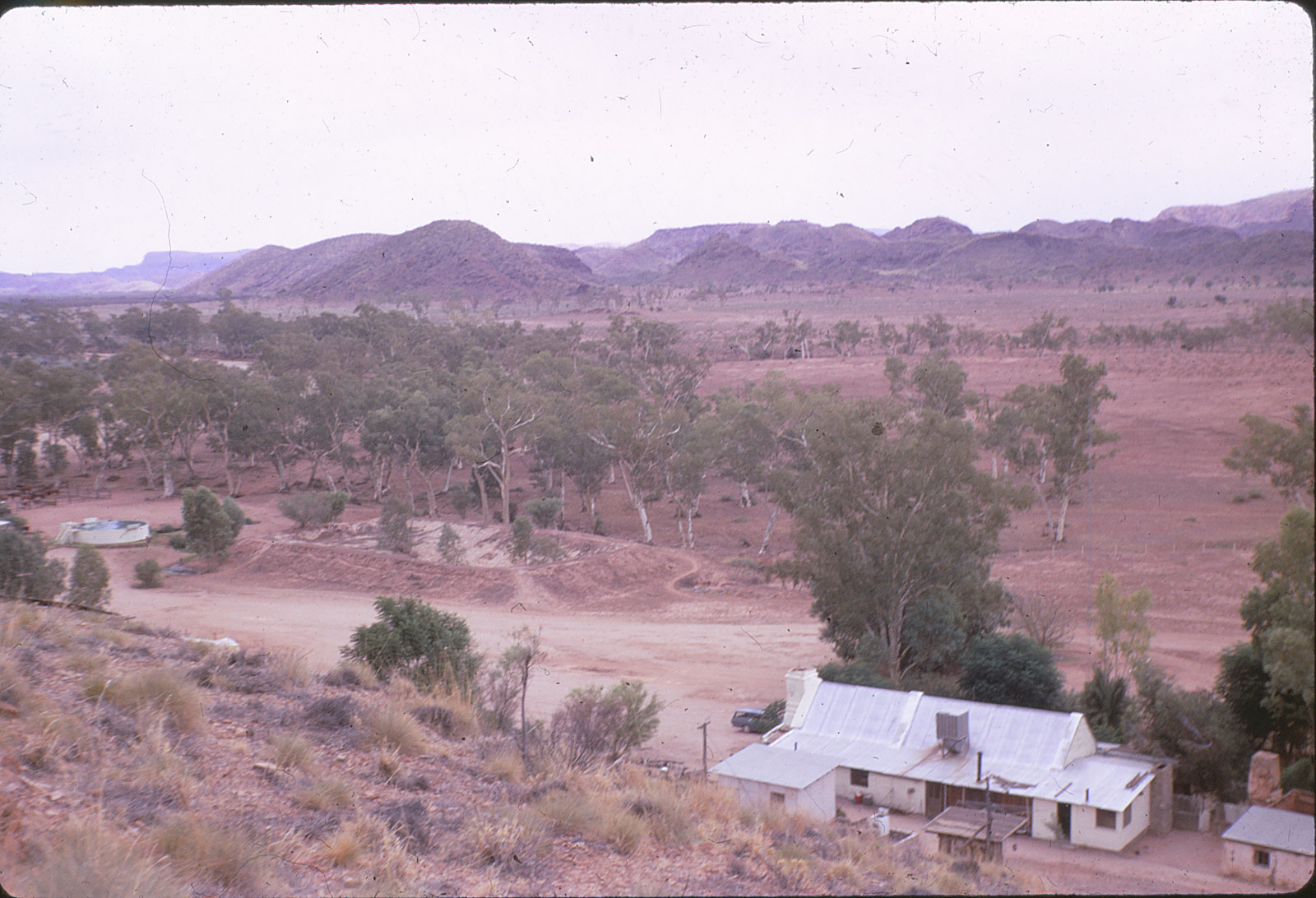 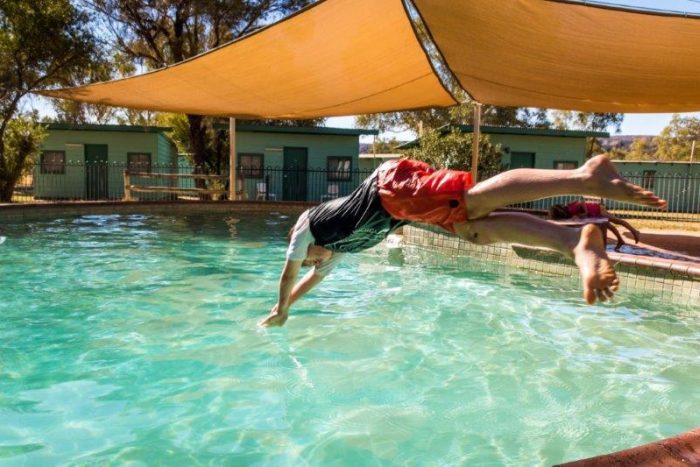 Want to ask a question about the resort or need a venue for a function? Get in touch!

We had been touring around the outback for two weeks & this was an oasis with the best hamburger and potato wedges ever - thank you so much. Its a really interesting building - like a museum with lots of artifacts and photos from the previous owners and families who have made Ross River their home.. (we didnt stay here though - only had lunch)